The Sounds of Jackson Square 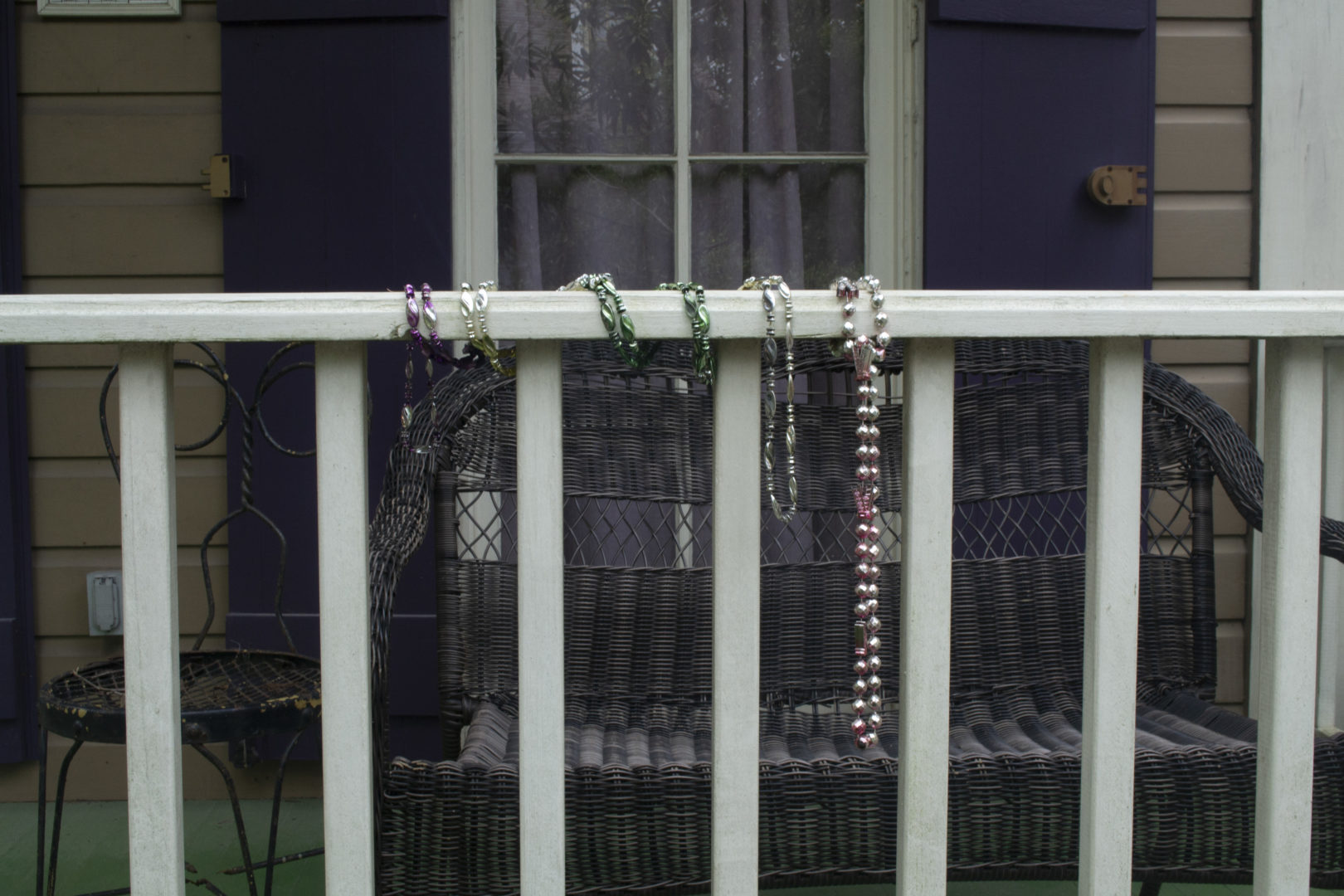 By the curb outside of Cafe du Monde, a trumpet player picks out another tune. He’s no second line, but he gives the tourists the taste of jazz they were hoping for. He waits for a dollar from the sunscreen lathered-ladies standing in line for the famous  cafe. The scent of chicory coffee drifting through the sticky air hides the influence of French colonization. Sugar powders the ground, relics of devoured beignets.

The roar of four wheelers and motorbikes zooming through traffic drains the music. They zig-zag through the cars like needle and thread through fabric. The engines bellow until around twenty young men pass. The youngest looks eight years old, though he only has a bicycle with the front wheel stuck up towards the sky.

Farther down Decatur Street, horseshoes clank the concrete. Mules drag carriages of tourists through the French Quarter as the tour guide tells the tale of some no-name restaurant nobody goes to. At 5:30, the bells of the St. Louis Cathedral ring, as they have within its great, white walls for three hundred years. When smoke from the ashes of Native bodies swept through the creaks in the windows, they chimed. When shackles scraped the slave auction block and carts hauled mothers away from their screaming infants, they chimed. When the noose cracked its victims’ necks, when dripping heads were stowed upon the city gates, they chimed.

Today, they signal to the artists and the poets that it’s time to pack up their stands. Piece by piece, the art gets taken down from the wrought iron fence, until there is no painting to hide Andrew Jackson from the eye’s first gaze. He rides his stone horse in the middle of the square.

His leadership in the Battle of New Orleans is celebrated as the nation proving its dominance to the world. In that final battle of the war of 1812, he rode in on a white horse, sword in hand, surrounded by men of all colors, united under the name “Americans.” The victory was crucial to the United States, yet Jackson’s command then and later as president was shadowed by the shivers of Indigenous children, whose feet were swollen from exhaustion on the infamous Trail of Tears, the forced removal of tribes from their homelands under Jackson’s authority. It is also shadowed by his infatuation with the bondage of African Americans, as he pushed for the expansion of slavery. He “owned” a total of 300 enslaved peoples. . His eyes look straight ahead, into that distant battle.

The sun quickly fades and drunken shouts mingle over the heads of people entering the cathedral. “Hot tamales!” a man yells to another until they’re both screaming it at the top of their lungs. One follows a young woman, not for long, but long enough for her to hold her keys like a weapon.

She walks past the Cabildo that was built during Spanish rule. Once, the Spanish governor O’Reilly invited French rebels to a dinner party, where they were arrested on the spot. All who did not pledge their allegiance to Spain were killed, earning him the nickname “Bloody O’Reilly.” The rebellion of the bitter French, abandoned by their motherland, was halted.

Beyond the deafening shouts, murmurs of the tarot card readers emerge. In the shadows of nightfall, they set up their tables, their stones, their cards, their handmade signs, awaiting the evening’s patients.