Sebald, Beyond the World 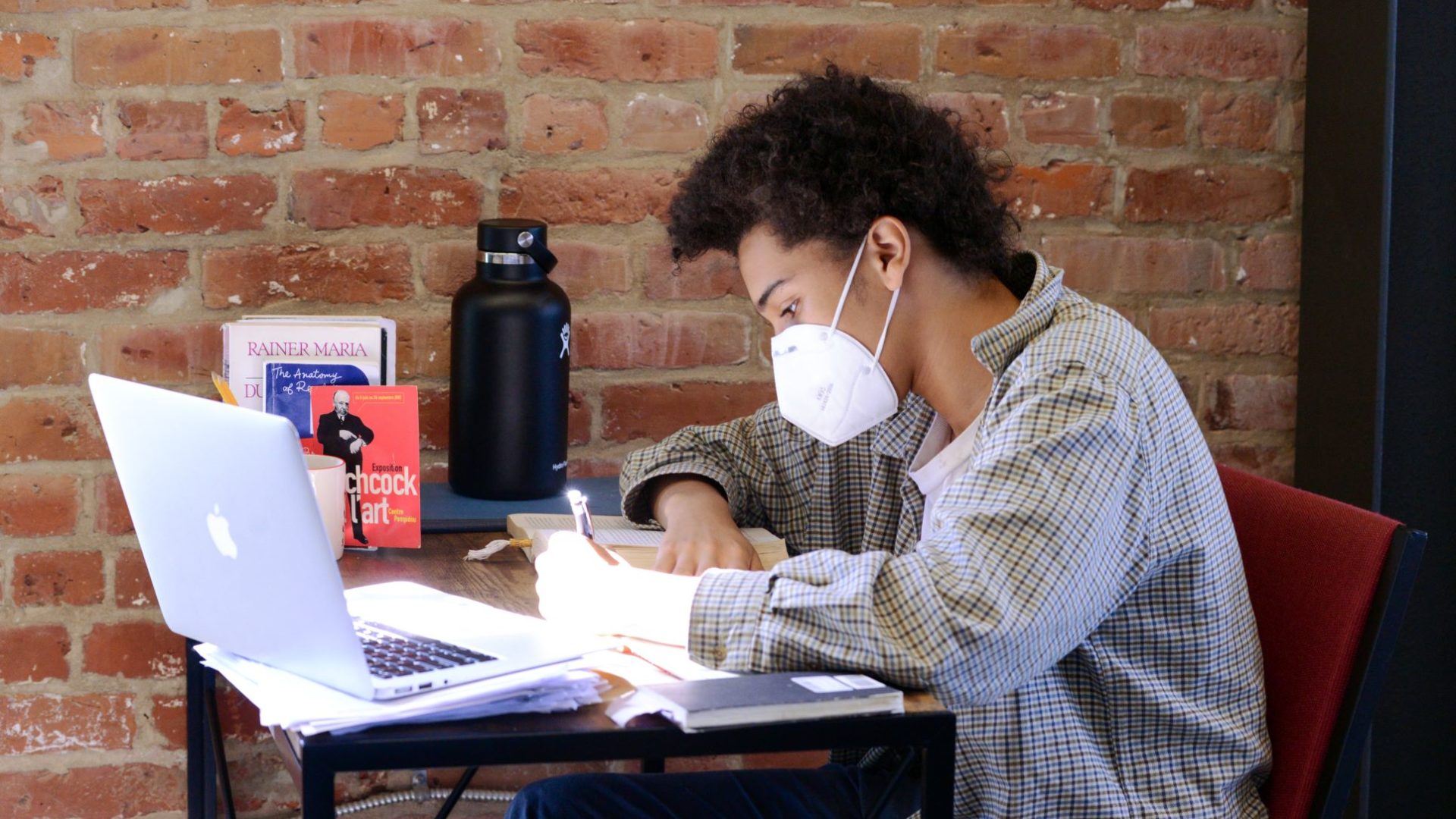 Halfway through my junior year of high school, W. G. Sebald’s Austerlitz fell upon me like a light tumbling down at an hour of the night when you least expect daybreak. Yet suddenly it arrives, inevitably, exquisitely, and covers you in a quiet pale blue, gesturing subtly towards noon. The early morning is an otherworldly moment in the cycle of a man like me, who doesn’t sleep. At such times, I am like a ghost, and all surrounding space feels new and perversely vacant. I saw Sebald’s main character, Jacques Austerlitz, as someone in a similar predicament: like an insomniac at dawn walking weightlessly through his own history.

I first read Austerlitz after a last-minute decision I made about which author I would choose as the subject for my year-long independent study. I had made a list of other accomplished writers that seemed appropriate for the project, but found myself both unenthused about and undevoted to any of them. Two days before I had to submit my final decision, a woman who had only known me for about ten minutes suggested Sebald, randomly (or the result of a divine chain of events), and I ran with it.

The novel follows a narrator’s many spontaneous encounters with the eponymous Austerlitz, who intermittently takes over the story from the narrator to guide the reader through the unveiling of his origins. Before his arrival in Wales as a young child on the Kindertransport that allowed him to escape Nazi persecution as a Czech Jew, his history is, to him, a blank. The context out of which all of Sebald’s works emerge—and Austerlitz specifically—is an inherently absurd one. It is that of post-war Europe, and the obliterated Germany of Sebald’s childhood and youth. Such a landscape demands that its inhabitants live amidst devastation both historical and contemporary. It also gives rise in Sebald to an unending and layered sense of wonderment: at the world (both its beauty and its horror), at the human conception of the world, and finally at the human hand in the world shown in its documented proclivity for destruction. Sebald conveys this complex sense of wonderment through the character of Austerlitz. The predicament that Sebald faces is the paradoxical need to represent the human tendency to destroy, and to address in language the ultimate manifestation of this tendency so often deemed unspeakable—the Holocaust.

What Sebald is up against in his attempt to make sense of atrocity and to navigate the challenges of expressing difficult experience from a temporally distant perspective is also something Ludwig Wittgenstein, the philosopher whose eyes are pictured on the fifth page of the novel, takes up in his “A Lecture on Ethics.” In the piece, Wittgenstein claims that when we talk about things that matter to us ethically or spiritually, saying what we mean in the way that we mean them and want to express them means saying things that just don’t make logical sense. “It is nonsense,” he says, “to say that I wonder at the existence of the world because I cannot imagine it not existing.” He goes on later to say:

I see now that these nonsensical expressions were not nonsensical because I had not yet found the correct expressions but that their nonsensicality was their very essence. For all I wanted to do with them was just to go beyond the world and that is to say beyond significant language. My whole tendency and I believe the tendency of all men who ever tried to write or talk Ethics or Religion was to run against the boundaries of language. This running against the walls of our cage is perfectly, absolutely hopeless. Ethics so far as it springs from the desire to say something about the ultimate meaning of life, the absolute good, can be no science. What it says does not add to our knowledge in any sense. But it is a document of a tendency in the human mind which I personally cannot help respecting deeply and I would not for my life ridicule it.

The language that Sebald uses to describe the world of Austerlitz (and the ethics with which he infuses it) is intrinsically illogical. And yet in the words of the text, Sebald formulates the best approximation of an answer to the unfathomable questions that the Holocaust leaves us with. They are, as Wittgenstein says, as if beyond the world, somehow supernatural. Austerlitz, burdened by memory and his inability to fully recover it, is drawn, in the same way as an ethicist Wittgenstein might describe, to an answer to be found somewhere figuratively beyond sensible language. It hides itself in “mysterious signs and portents all around.” The narrator of Sebald’s novel, who floats in and out of command of the text, serves as a sort of hovering alien. It is as if he is no more grounded in nature than in the words he uses to describe his experience of it. He calls to mind the angel Cassiel from Wim Wenders’ film Wings of Desire, who observes Cold War Berlin from a timeless perspective. In a sequence of the film which takes place as they are comparing notes in a car dealership, he tells his fellow angel Damiel: “we can only be savages to the extent that we are absolutely serious. Do no more than look, gather, testify, verify, preserve.” This act of witnessing, this ethic of witnessing, is not simply an exercise, but a quietly revolutionary undertaking which seeks to record the pattern of man-made destruction that is inextricably bound to the fantastical matter that makes us human. It is in this pursuit of reckoning that the absurdity of that pattern becomes apparent. And it is in the same pursuit that Sebald offers the stories, the distanced observations, and the photographs that comprise Austerlitz.

I opened this essay by describing the novel’s effect on me as that of a tumbling down of light. For me, one of most striking instances in which the element of the supernatural or, perhaps more aptly, of the spiritual in Austerlitz comes as the protagonist stands in the waiting room of Liverpool Street Station:

Minutes or even hours may have passed while I stood under that empty space beneath the ceiling which seemed to float at a vertiginous height, unable to move from the spot, with my face raised to the icy gray light, like moonshine, which came through the windows in a gallery beneath the vaulted roof, and hung above me like a tight-meshed net or a piece of thin, fraying fabric. Although this light, a profusion of dusty glitter, one might say, was very bright near the ceiling, as it sank lower it looked as if it were being absorbed by the walls and the deeper reaches of the room, as if it merely added to the gloom and were running down in black streaks, rather like rainwater running down the smooth trunks of the beech trees over the cast concrete façade of a building.

Austerlitz is not only extracted from his sense of time, but from his sense of self as well. The vision of the light shifts his focus to a kind of force majeure that transfixes him: “In fact, I felt, said Austerlitz, that the waiting room where I stood as if dazzled contained all the hours of my past life.”

I wrote this essay before and after the arrival of Hurricane Zeta over the City of New Orleans. As a Category 2 storm, there was some pressure to be prepared, but no sense of impending catastrophe. In the end, the storm didn’t linger especially long in the skies above the city. Nor did it drop as much rain as it might have. But its powerful winds left 77% of households without power in their wake. It was only during the storm, after our lights flickered, shut off, turned on again in one last gasp before they went out for good, that my family realized that most of our flashlights didn’t work, and any candles we had on hand were all used up.

We went out while the eye hovered over the city, circling in search of a gas station, any store at all, really, that might still have power. After passing by numerous shuttered establishments, we came upon St. Charles Discount, the only gas station whose neon sign, though only sporting two thirds of its letters, was still glowing. My dad pulled up to the pump, and my sister and mother went in to buy the supplies we needed. I stayed outside. It was only once we got to the gas station that I realized we were all standing in the eye of the hurricane. As I looked up, I was greeted by a freakish yellow sky, as if a fire had been lit inside the belly of the storm, illuminated in the distance by the unnatural blue flash of a power plant giving out somewhere closer to Lake Pontchartrain. What the color of the sky, the wind gusts, and the fallen trees inspired in me was not a sense of fear, but a sense of distraction from myself. I had the feeling that I was a shadow, frozen where I stood amidst the supreme, potentially devastating forces exerting themselves on the world around me. When I drove around the following night, hypnotized by a muted, unrecognizable city, I once again shifted into this mode of self estrangement. It is that same feeling of hollowness or insignificance that develops when you are speaking a language that you barely know, or when you are navigating through a place you have never been to, or—as it is in Sebald’s work—investigating a trauma that you cannot comprehend.

Austerlitz is groundbreaking because it is the prime example I have found in my personal development of a text that manages to address the spiritual tendency that I am drawn to explore but cannot easily access due to the limits of my own language and the jaded reservations of modern life. I consider it a great book because it does not cede to simple answers to the big questions of existence. It possesses a distinct comfortability with doubt. A negative capability to turn its palms to the sky, to leave conclusion somewhere hidden amidst the art. An ultimately mystical capability.