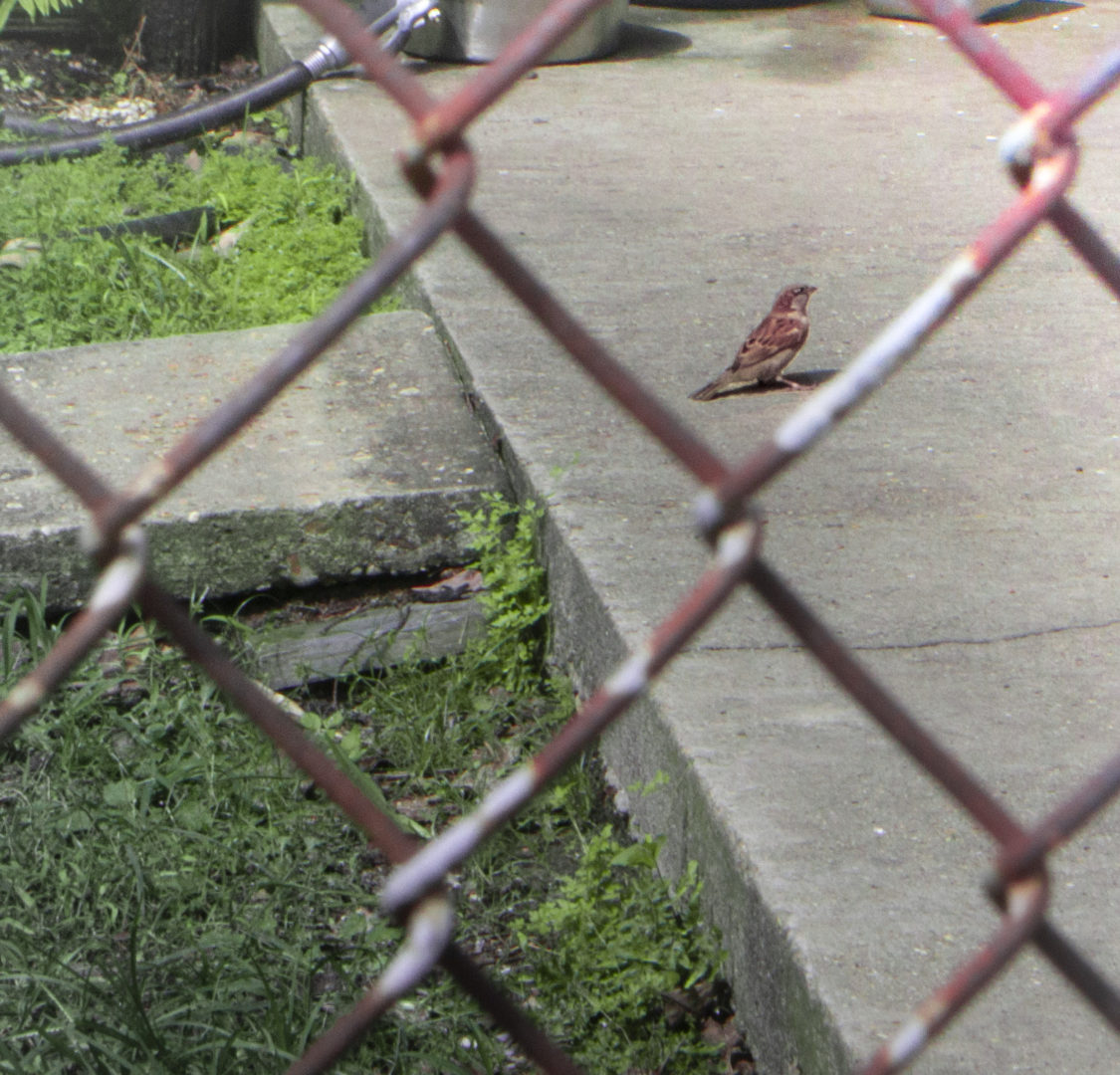 The first time I saw her, she had a fat belly, wobbly legs, and big ears that would twitch constantly. She was surrounded by four other small kittens:  three tan-orange ones and one black-spotted calico, all barely two months old. They were stumbling over their own paws as they crawled around the bed. The majority of them hid in the four pillows and climbed the cushions to pop their heads out. A large cardboard cutout horse from a Budwiser ad stared at where one of the kittens lays.  The room was connected to a poorly  lit kitchen that smelled of cigarettes and cheap booze. The  dim lighting made  the walls a faded orange. Most of the time 95.7 was on the radio, and stadium anthems like “Dirty Deeds Done Dirt Cheap” blurred into white noise.

This place belongs to Jane, an elderly woman who was a close family friend. Her hair is light gray, a jumble of many curls that fall on her shoulders in sort of a “carelessly perfect” way. Abstract and colorful paintings of New Orleans hang on the walls; they’ve been put aside from the ones she would sell on Royal Street. This was how we came to know her.

On Royal street, Darryl would hang up his print pieces on the fence for tourists and locals to consider buying. The times he would take me along with him were ones I both dreaded and enjoyed, because eleven-year-old me found enjoyment in bothering Jane. She would entertain me whenever I did, and I was able to see her now late lover Kent. An older, towering, scruffy man bound to a wheelchair.

One year and a half later, I would watch as they used their tiny, sharp claws to climb their way up Jane’s pants and make themselves comfortable in her lap. “Be careful or you’ll become kitten-squash,” she’d warn, waving a boney finger at the cat’s face, to which it responded by nosing at it and rubbing their scent glands against it. Jane would smile and scratch her head, then lift them up in her cupped hands with her sharp nails as if to announce the coming of Simba as she sweet-talked it. It wasn’t until a few months later that I would trudge the cold sidewalk with the two kittens placed safely in a black sack. It was dark, but I continued onward to my house with my parents. Soon enough we were in our humble abode, and the cats were stretching out and getting acclimated to the new environment. Halfta would drag her hind legs behind her whenever she went. She wouldn’t get used to her lengthy limbs until she was a year old.

Now Dogman lays at my side, her entire being rumbling with low purrs. She’s curled up and looks smaller than she really is like this, her spine pressed into my side and her arms outstretched. The runt looks up to me as I comb my fingers over her head and stroke my thumb against the sides of her face. She adorns black stripes around her neck and across her sides, a large one running down her back. The cat gets up and turns in her spot a few times, kneading the blanket below her and flopping down on her side, blinking slowly at me to say I love you. Her gray and black fur blends well with the black band shirt she’s wrapped in. I think of how two years ago she was the smallest thing, letting out high mewls and suckling her mother’s stomach.