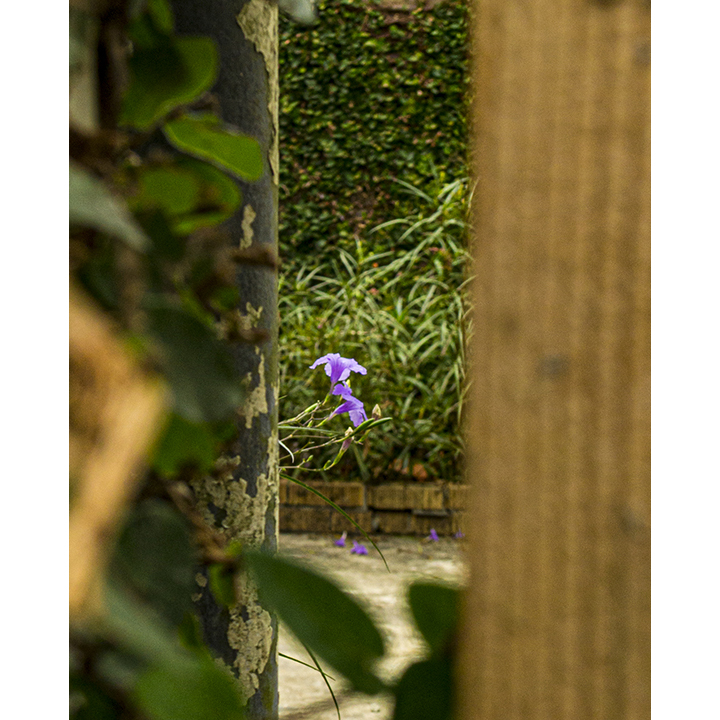 The sun burns his corneas, puncturing his pupils. The warmth is dangerous rather than welcoming, and he can almost feel the pigment slowly eroding away in his, as his mom likes to say, “delicate, young eyes.” His eyes strain to keep focus on the fiery abyss of near biblical sun exposure. God said let there be light, so Jasper thought he might as well enjoy it.

“Shit, of course I forgot my keycard again,” says a man standing a few feet in front of him.

Although, Jasper wouldn’t really call him a man. The word “man” makes him think of the stuffy sociology professors whose offices lounge on the second floor with hospital blue walls. He remembers this from the time his mom had him bring Dr. Pierce, the only sociology professor who doesn’t act like a throw cushion, a message about class scheduling.

“Where are you trying to go?” Jasper asks. The man jumps, clearly not realizing someone is behind him.

“I have a meeting with Dr. Rae,” he says, trying to look unfazed.

“Field work, I’m trying to get my master’s degree in botany.”

“You study flowers,” Jasper says, unimpressed. The man walks over to him and kneels down in the grass.

“See those purple flowers you’re sitting on?” he asks.

Jasper looks down. He hadn’t noticed them before, as he was fairly preoccupied by the sun.

“Viola sororia,” the man says, staring off into space.

“So you’re studying flowers to impress random people with names they can’t even say,” Jasper says.

“Until someone who remembered their keycard comes along to open that door,” he says, sitting down a few feet away to keep an eye on the door.

“Am I sitting on any other plants I should know about?” Jasper asks.

“You know those huge potholes everywhere?” The man doesn’t stop talking to let Jasper answer. “There has to be some half-rat half-alligator covered in algae living in the deeper ones, right? Maybe that’s why there are traffic cones in them. Not to warn drivers, but to instead protect pedestrians from falling into the hungry jaws of an alligator rat. I want to plant a tree in a pothole one day, see how many people it would piss off.”

Jasper stands up, brushing grass off his pants. He pulls a keycard out of his back pocket.

“I can let you in,” Jasper tells the man.

“Why didn’t you say something before?” he asks, standing up as well.

“You weren’t interesting before.”

Jasper is blasted by cold air conditioning as he pushes open the heavy door leading into the brick building. There are a few people in the lobby, but not many. Jasper likes it better when it’s completely empty and everything echoes off the brick walls.

“We’ll take the stairs,” Jasper says. He doesn’t like taking the elevators unless he has to; they’re old and squeak too much.

“Her office is on the fourth floor,” Adrian says.

“Is that a problem?”

The fourth floor is pistachio green. Adrian knows where he’s going, but Jasper leads him down the hall anyway into the carpeted room with offices branching off of it. Jasper enters office 407 labeled with the name Dr. Rae.

“Hey, anything interesting happen outside?” she asks.

“I met a guy who likes flowers.”

Jasper’s mom looks up from her computer.

“Hello, Adrian! You were supposed to be here fifteen minutes ago. I suppose this one held you up?”

“Yep,” Jasper interrupts, “he told me something about a thing called… Violin sorority?”

Jasper leaves the room, heading back downstairs. Once outside, he finds his crushed spot of grass and violets. The sun is partially covered by clouds, but one ray fights its way through, shining down. He stares at that spot. The sun reminds Jasper of his brother.